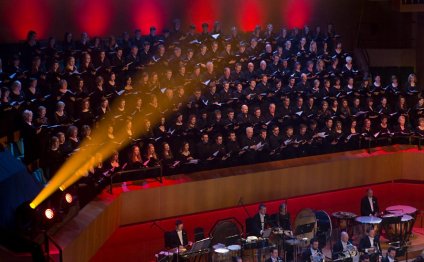 2015 marks the 150th anniversary since Welsh settlers arrived in Patagonia. There have already been many celebrations in Wales, Patagonia and across the world. As part of the celebrations both the BBC National Orchestra Wales (BBC NOW) and the National Youth Choir of Wales (NYCW) are touring Patagonia during the autumn.

BBC NOW will be working with communities throughout Patagonia, in a week-long residency marking the 150th anniversary of the establishment of Y Wladfa, the Welsh settlement in the Province. The Patagonia residency culminates with two gala performances in an old wool warehouse in Trelew, the Predio Ferial, which has been transformed in to a concert hall especially for BBC NOW’s concerts, and will later host the town’s annual Eisteddfod – a Welsh festival for the arts.

Catrin Finch, conductor Grant Llewellyn and twelve members of BBC NOW will spend a week in towns of the Chubut Province of Argentina to work with over 1000 children from schools and community groups in Patagonia. Performing and delivering workshops and masterclasses, the musicians will work with schools and communities in towns including Puerto Madryn, Rawson, Trelew, Trevelin, Esquel and Gaiman. Catrin Finch will also be teaching the harp to local children in Trevelin and Esquel and the

Orchestra will be providing a “musicians on call” service - standing by to perform in the living rooms and kitchens of people unable to attend the public events.

At Ysgol y Hendre in Trelew, the first Welsh speaking school in Patagonia; BBC NOW Chorus Manager, Osian Rowlands, will be reunited with his former music teacher Catrin Heledd Morris. Catrin emigrated to Patagonia nearly two decades ago and now teaches in this school. Conductor Grant Llewellyn will assist and coach the conductors of the INTA Youth Orchestra in Trelew alongside side by side rehearsals with BBC NOW musicians.

The full orchestra then travel at the end of the first week to perform two gala concerts on 30 October in Trelew – the finale of the week in Patagonia in the converted wool warehouse.

BBC NOW will then perform in some of the most iconic concert halls in South America.

The Choir will perform music by Welsh and Latin American composers including a newly commissioned work for choir and accordion by Ty Cerdd’s President: Paul Mealor. En-route to Patagonia, NYCW gives concerts in Buenos Aires and will be meeting young Argentine pupils in a performance at Colegio Nacional de Buenos Aires.

NYCW will give a concert in Trelew and in Gaiman before returning to Buenos Aires on their way home. The singers will host a reception and an informal concert at the British Embassy during their stay. The choir will also give a concert at Teatro Gran Rex as part of a prestigious international series promoted by the Mozarteum

I Was Glad- National Youth Brass Band of Wales/National ... 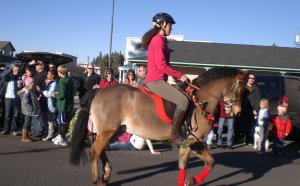 Beth Basham founded the Youth Choir of Central Oregon in 1990. As an experienced public school music teacher for thirty years…