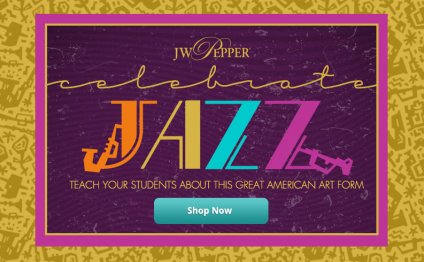 I’m particularly pleased to let you know about a new series of exclusive choral arrangements that we’ve created. These are choral versions of the hottest pop tunes, set by skilled and experienced choral arrangers. We are happy to provide these for you now, so you can get a jump on performing them. Use them in your spring concerts, your summer showcases, any time you want. These are not available anywhere else—only at Musicnotes.com.

The vocal lines are written well here. The piano part is on the spare side again, letting the voices shine and carry the mood.

SSA: This one is easier than Chandelier in both range and overall vocal demands, making it accessible for a middle-school treble group that can handle three parts; the voices are essentially equal in range, from A below middle C up to the B above middle C.

We also offer an SATB + Piano version of this piece (with no audio recording preview, however). This is almost an SAB chart, except that the tenors and basses do split in a few places. The tenor part never goes higher than an E, so it’s not too challenging.

(originally performed by Edward Sharpe and the Magnetic Zeroes)

If you know this song already, you know the sheer love and joy that it communicates. I tried to capture those in the choral arrangement, as well as the playfulness and fun of the original. The vocal parts are not difficult – 1 on a scale of 1 to 5.

I added a few extra-lush chords on the words “home” and “you, ” and I put the trumpet parts from the bridge into the choir for some extra fun. And yes, I kept the whole dialogue in the middle where Alexander talks about falling in love with his beloved Jade! There’s good energy at the end, too.

When I did this arrangement, I wanted to preserve the sparse, gospel-blues edginess of the original, while fleshing out the vocal harmonies just a little more. Rihanna and Kanye did a lot of three-part harmony, which I pushed to four parts in a few places, using gospel-style chord spacing.

The parts are not difficult. (In the one place where the basses go high, they can drop down the octave.) Any mixed choir that can handle 4 independent parts should be able to handle this song.

Of course, we’ve been adding much more great popular choral content. Beyond these titles, check out these other additional new choral arrangements, available first at Musicnotes.com.