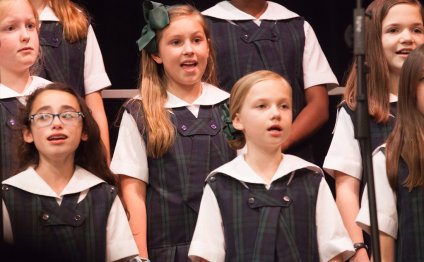 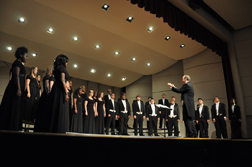 The East Carolina University School of Music is home to five choral ensembles, each of which is open to any ECU student, regardless of major. Here in the ECU choral program, we pride ourselves on working hard, performing great music at a very high level, and having fun doing it!

Students who have past experience singing in high school, college, or church choral programs are highly encouraged to be part of the choirs at ECU. Each of ECU’s curricular choral ensembles can be taken for fine arts credit.

The Chamber Singers is the select choral ensemble at ECU. Comprised of 34-40 auditioned singers, many of whom are voice majors from within the School of Music, the group tours annually and has performed by invitation at regional and national conferences of the American Choral Directors Association (ACDA) and the National Association for Music Education. The Chamber Singers have produced two professional CD recordings on the Gothic label: Greater Love and Eternal Light, and also were the winners of the 2012 American Prize for Choral Performance (college/university division). They maintain a rigorous rehearsal and performance schedule, and focus predominantly on unaccompanied choral literature for advanced chamber choir. In November 2013, the Chamber Singers competed in the Tolosa (Spain) International Choral Contest, as the only American choir to be invited. There, they were one of three chamber choirs to advance to the Winner’s Concert, and received multiple medals and cash awards.

During the 2014-2015 academic year, the group appeared in invited appearances at the 2014 NC-ACDA Conference; as well as the 2015 Maribor (Slovenia) International Choral Competition, where they were the first American choir in the history of the competition to be awarded first place. Click here to see Chamber Singers repertoire.

Comprised of music majors and non-majors, this ensemble performs accompanied and unaccompanied repertoire for male voices. They typically present two concerts per semester, in venues both on and off-campus, frequently in conjunction with the ECU Women’s Choir. All students registered should complete a (painless) voice placement audition during the first week of classes.

Comprised of music majors and non-majors, this ensemble performs accompanied and unaccompanied repertoire for female voices. They typically present two concerts per semester, in venues both on and off-campus, frequently in conjunction with the ECU Men’s Choir. All students registered should complete a (painless) voice placement audition during the first week of classes.

The University Chorale is a mixed ensemble open to all university students, and is comprised of both music majors and non-music majors. This ensemble performs a wide variety of choral repertoire from all styles and eras. They also frequently collaborate with the ECU Symphony Orchestra in performance of major choral works. All students registered for the University Chorale should complete a (painless) voice placement audition during the first week of classes.

The ECU Collegiate Choir is a small, select group of 18-28 singers. It is exclusively conducted by ECU choral graduate students, and focuses on a wide variety of choral literature for chamber ensemble. Collegiate Choir meets one night a week and typically presents one to two concerts per semester.

Part 5 How to Build Your Middle School Choral Music Program 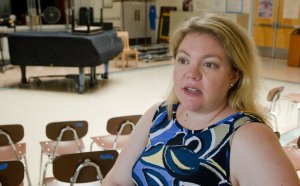 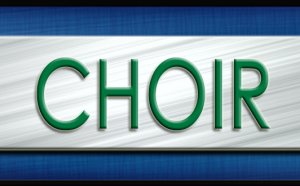 Course Description: Seventh- Grade Choir offers the opportunity to participate in a vocal music program dedicated to the…