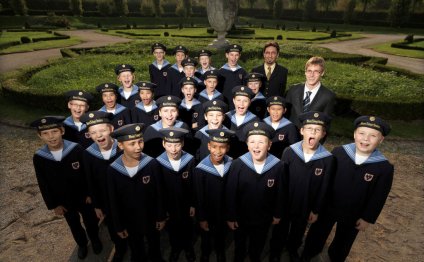 Almost Angels (also known in the UK as Born to Sing and in Austria and Germany as Ein Gruss aus Wien) is a 1962 Walt Disney Productions film about a group of boys in the Vienna Boys' Choir.

The film shows the choristers recruitment process, the rehearsals and the life in the institution as well. The story also conveys the value of friendship, honesty and loyalty.

The child actors were actual members of the Vienna Boys Choir who perform several traditional Austrian songs throughout the motion picture. The filming took place in the Augarten Palais, the surroundings of Vienna and some other places of the beautiful Austrian landscape.

In the United States, the film was released as the second half of a double bill. The first feature on the double bill was the 1962 re-release of .

Tony Fiala (played by Vincent Winter) is a working-class boy whose greatest desire is to become a member of Vienna's most famous choir. His father, however, wants his son to follow in his own footsteps as an engine driver. Unlike his loving and supportive mother, he sees no future for the boy in music.

Despite the objections, Tony manages to join the Vienna Boys' Choir. Once there, he meets Peter (played by Sean Scully), who is the leading chorister and the most experienced solo voice. When Peter finds out that Tony has a wonderful, clear treble voice, he feels threatened by the talented new boy. Peter's jealousy will prompt him to do everything in his power to ruin his rival's public performances and his good image as a boarder, to the point of endangering Tony's life. The sabotage will eventually end but the breaking of Peter's voice will change the events drastically.

Produced and released more than two years before and six years after, Almost Angels uses the same formula of combining a family story, beautiful scenery, beloved music and Austrian local customs and traditions. Although it had limited distribution in theatres, the movie aroused the interest in choral institutions and in the Vienna Boys' Choir itself. Almost Angels was telecast broken up into two parts on the Disney anthology television series. The film was released on DVD as part of the Disney Movie Club.