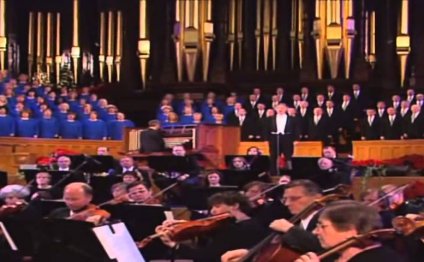 We are pleased to introduce another Sesame Street Christmas concert guest—if you haven’t guessed from the photo above, our character reveal of the week is…Elmo! If you listened to the announcement with Doug Wright, KSL Radio host, on the Doug Wright Show, this comes as no surprise, but we wanted to give each of our distinguished guests a proper introduction.

Elmo has been entertaining children since November 18, 1985, and has brought a childlike wonder to his Sesame Street neighborhood. When he speaks, he refers to himself in the third person. In fact, when Wright asked Elmo about performing with the Choir, he said, “Elmo’s like, super, super, super honored. When we found out, we were all very excited; there was lots of you know, jumping up and down and lots of excitement.”

Elmo has a falsetto singing voice and loves to sing with children. He has his own Facebook and Twitter pages where he shares his videos and funny messages. His most recent Twitter post said, “Elmo heard there would be pigs in a blanket at a party. But the pigs never showed up. So we ate a bunch of little hot dogs without them.”

When Wright asked Elmo if he had ever listened to the Choir’s music, Elmo marveled, “Elmo’s heard their music and seen them on TV, and it’s really beautiful—they do wonderful stuff.”