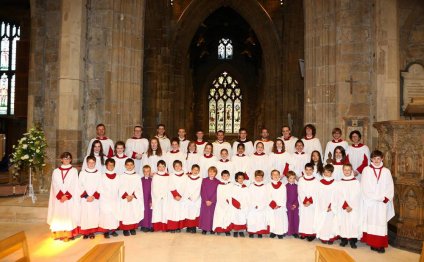 He began his musical career as a treble chorister in Sheffield Cathedral Choir, under the direction of Neil Taylor, who was to later become his first tutor in the organ. As an accompanist, continuo player, and conductor, Joshua has worked with a number of choirs, ensembles, and orchestras, performing in venues such as Ripon, Gloucester, and Manchester Cathedrals, Eaton Hall (The Duke of Westminster's residence), and Tatton Park House.

Joshua has recently completed his undergraduate studies at the Royal Northern College of Music, graduating with a First Class degree with Honours, as a principal study organist, studying with Darius Battiwalla.

The Choral Foundation has been an integral part of the Cathedral s life since mediæval times. The original Cathedral statutes…