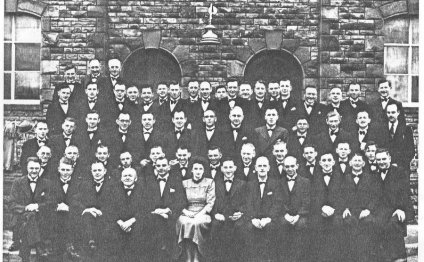 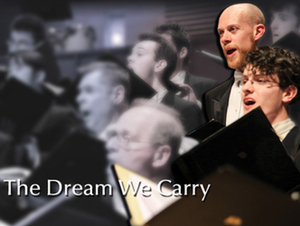 Chor Leoni’s The Dream We Carry (April 18 & 19) is rich with stunning new music for men’s choir. Works by eminent Canadian composers will be featured, with the premieres of Jocelyn Morlock’s beautiful reimagining of An die Musik, and Imant Raminsh’s evocative The Dream We Carry, which inspired the concert’s name. The evening’s centrepiece is the premiere of Wandering Heart by Ēriks Ešenvalds to poetry of Leonard Cohen. This legendary Canadian poet has only allowed his texts to be set by other composers twice; first by Phillip Glass, and now by Ešenvalds. His work is the first to be funded by the Chor Leoni Diane Loomer Commissioning Fund.

“For 20 years, Diane Loomer led the way in commissioning new male choral works for Chor Leoni, many of which have now become staples of the genre for male choirs across the world, ” explains Artistic Director Erick Lichte. “We are thrilled to present a concert of four world premieres and especially excited to sing the words of Canada’s own Leonard Cohen to the music of Latvian superstar Eriks Esenvalds in Wandering Heart. It is our hope that these new works find a home with our audience here in Canada and will be sung in the future by choirs around the world.”

The Canadian Music Centre commissioned Rodney Sharman’s song about forgetfulness (with poetry by Bill Richardson), specifically for the young voices of Chor Leoni’s PROMYS Honour Choir and the British Columbia Girls Choir. PROMYS will also join Chor Leoni to sing Ešenvalds’ beloved Stars in its male-voice North American premiere, under the direction of the composer himself.

The Dream We Carry combines stunning new choral music, the voices of youth, and the warmth of Chor Leoni in an uplifting, gorgeous, tuneful and current program. Come dream with the lions.

What Would I Do Without My Music - Treorchy Male Choir

Ed. note: Today we are pleased to present a guest post from Kimberly Sena Moore, MM, NMT-F, MT-BC. Kimberly is a board-certified… 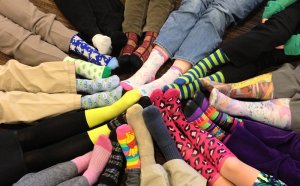