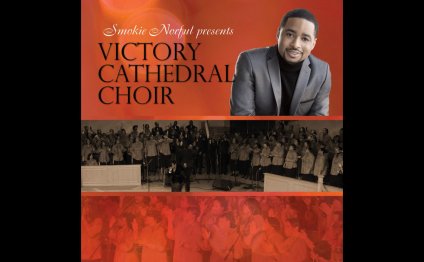 7th century
The first church in Manchester was built, possibly near to where St Anne’s Church now stands.

923
Following the destruction of the first church by the Danes, King Edward the Elder builds a new place of worship possibly on the same site as the present church. This is the St Mary’s church mentioned in the Doomsday Book.

1215
The present church is built within the precincts of the Baron’s Court, beside the Manor House (which is now part of Chetham’s Music School). The Lords of the Manor were the Greslet family, sometimes spelled Grelley or Gresley and the family coat of arms is still in use in the church today.
Before 1311
The Gresley family build and endow the first Chantry, the St Nicholas Chantry.

1311
The succession of the Gresley family ends and the estate is passed, by marriage, to the de la Warre family.

1349
The St Nicholas Chantry is endowed by the de Trafford family.

1422
John Huntington is appointed as the first Warden.

1426
Thomas de la Warre dies, leaving £3, 000 to be used on the buildings of his collegiate foundation. Most of this goes on converting the Baron’s Hall into the house-of-residence for the College Priests or Fellows.

1422-1458
During his wardenship John Huntington undertakes the building of the Quire, or chancel, at his own expense. In 1440 the carved screen to the Lady Chapel is completed.

1465-1481
Warden Ralph Langley rebuilds the Nave, in a style harmonizing with the grace of his predecessors architecture. The Chancel Arch is added, with two flanking staircases dividing the Nave and the Quire.

1485
Lord Thomas Stanley and his brother, Sir William Stanley, lead a contingent of men from Lancashire and Cheshire against King Richard 111 at the Battle of Bosworth Field, and were instrumental in securing such a decisive victory and the beginning of the Tudor dynasty.

Sometime after this lady Margaret Beaufort probably commissioned the famous consort of Minstrel Angels which were placed in the nave.

1501
The St George Chantry is built by the Manchester merchant William Galley. It is located next to the St Nicholas Chantry.

1506
The Jesus Chapel is built by the Bexwicke family. The Chapter House is rebuilt over the former Sacristy. The north columnade of the Nave is moved two feet north and the clerestory is added to let in more light.

1513
Work on the St John the Baptist Chapel, endowed by James Stanley, Bishop of Ely, is begun. The building was a joint venture with his son John in thanksgiving for the latter’s safe return from Flodden Field.

1515
James Stanley dies. A small chapel, the Ely Chapel is built adjacent to the St John the Baptist Chapel to hold his grey, marble tomb.

1545
Henry VIII undertakes an inventory of all the goods in the ancient churches.

1547
The College is dissolved and the Chantries discontinued.

1550
Edward VI undertakes another inventory. This time all of the Church plate is confiscated.

1553
The College is re-established by Mary 1, under the same terms as the first Charter.

1578
The Church receives its Third Charter from Elizabeth 1. The College is renamed Christ’s College.

1617
Humphrey Booth of Salford pays for the erection of a gallery in the south aisle.

1649
The church is ransacked during the Civil War.

1660
Another gallery is erected across the west end of the Nave, with another one being built on the north side.

1698
The last gallery is erected to the north-west of the Nave.

1814-18
All of the interior stonework is ‘picked’ and then coated with Roman cement.

1847
The Diocese of Manchester is created and the church becomes the Cathedral church.

1855
The Cathedra, or Bishop’s throne is erected.

1860
The Roman cement is cleaned off and the galleries demolished.

1864
The tower, in a dangerous condition, is demolished and the foundation stone laid for a new one.

1868
The new tower, an exact replica but six feet higher than the previous one, is formally opened. The outer face of the Cathedral is renewed.

1882-83
The whole of the Nave interior is replaced, stone for stone under the direction of Joseph Crowther.

1889
A new North Porch is build to replace the original mediaeval one.

1892
The Baptistry extension is built.

1897
The Victoria Porch is built to celebrate the Diamond Jubilee of Queen Victoria.

1934
Refectory and Choir School are built.

1936
The Derby Chapel, once the St John the Baptist Chantry, is given over to the Manchester Regiment on 11th November.

1940
A German bomb destroys most of the north-east of the Cathedral and causes extensive damage to the rest of the building.

Life Center Cathedral Choir We Have The Victory 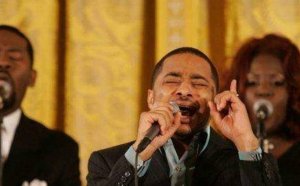 Our Sunday Morning Music series centers around specialized custom playlists that are carefully curated to inspire you, whether…