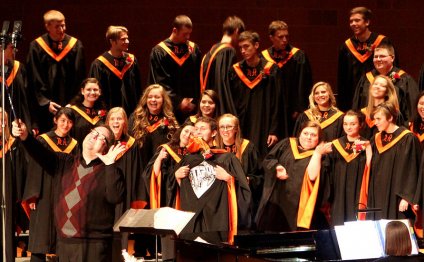 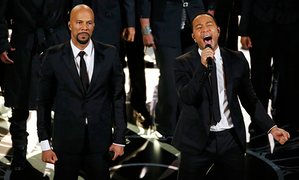 The song choice has upset several parents and community members, high school principal Jim Lee told the Guardian. Lee said he has received about 15 phone calls and emails from adults complaining that the song is offensive and disrespectful to law enforcement.

The complaints center on one lyric: “That’s why we walk through Ferguson with our hands up.” The lyric in question refers to the protests and riots that broke out in Ferguson, Missouri following the fatal shooting of Michael Brown. One parent told WICS Newschannel 20, anABC affiliate, that the song is one-sided and doesn’t support the police.

However, Lee said that particular lyric won’t be included in the choir’s version of the song. The sheet music Chatham-Glenwood high school received for the song omits the line about Ferguson.

Four law enforcement officers met at the school on Wednesday to share their concerns about the song. Lee told the Guardian the discussion went well, but did not end in a conclusive manner.

“They were understandably a little reluctant to take their side either way, ” he said.

In order to decide whether the choir can perform the song, the school is now trying to “find some good individuals who maybe don’t have a bias either way” who can provide us with some knowledge, Lee said.